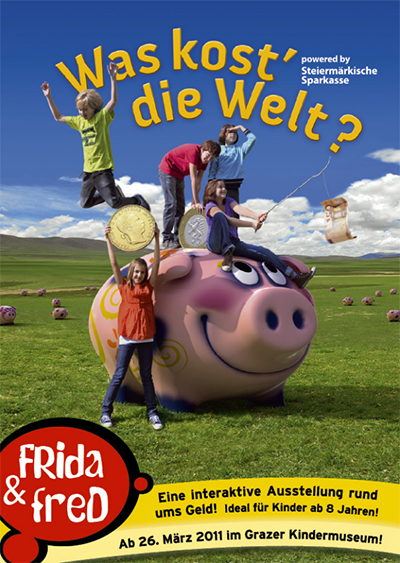 The visitors receive a bank card and can earn and spend money during their visit. Afterwards it is possible to print an account statement, which shows which exhibit was visited and where money was spent or earned.